The frustration of figuring out “Estimated Taxes” can drive anyone crazy, but facing the consequences of paying an estimated tax penalty can be worse! Have you ever finished your tax return and realized that you had to pay an “estimated tax” penalty? Many people have this problem at tax time, especially if you are self-employed or an independent contractor. 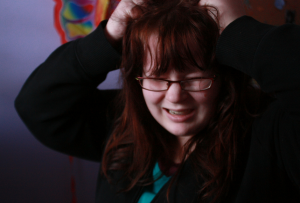 The federal government (and most states) expect you to send in federal taxes on a regular basis. Well, that is easy when you get a regular paycheck and your employer withholds funds. But if you are self-employed or get a 1099 every year, this could be a challenge. Why? If your income varies a lot from month-to-month, you may not be able to accurately predict what the whole year will be. But the IRS expects you to send them as much as last year or an extra 10% if your income is higher than average.

So what should you do?

First, you must decide whether you want to “play it safe” or “look into your crystal ball.” The safe way is to use the “Safe Harbor” rules which say that paying in 100% of last years’ taxes will avoid any estimated tax penalties this year. If you make over $150,000 (or $75,000 for single filers), you need to pay in 110% of last year.

So let’s take a look at the “crystal ball” method which is making sure you pay at least 90% of what you think you will actually owe. How do you know how much this is? Well, you don’t until you do your tax return.

Let’s take John as an example. He made $100,000 last year selling t-shirts online as a sole proprietor. But this year sales are slow and he knows he will make less. If he pays in 100% of last years’ taxes for this year, he will be paying in too much and can’t get it back until he files his return. And he might not even have the cash flow to do it. But if he pays in too little, he will have a penalty. So the answer is for John to do a tax projection with his CPA’s crystal ball and do his best to achieve 90% accuracy.

Another legitimate option is to wait until the last part of the year and have his spouse withhold extra money from her paycheck through her employer. Either way, John has to make a decision before the end of the year.

The moral of the story is don’t wait because an estimated tax penalty is calculated based on when you actually pay! So call your CPA, or if you don’t already have one, call 919-233-0076 or contact us and let’s get started working on a projection before your window of opportunity closes.

About the Author: Stan Moore